Eligibility Criteria for SSC Exams depends on the level of recruitment.

For Secondary Level: Applicant must have passed 10th standard or equivalent.

Applicant must have attained the age of 18 years and should not be more than 27 years age.

Combined Higher Secondary Level Examination is for posts of LDCs and Stenographers is conducted in 2 stages.

The successful candidates will be appointed as Group "C" Staff in: 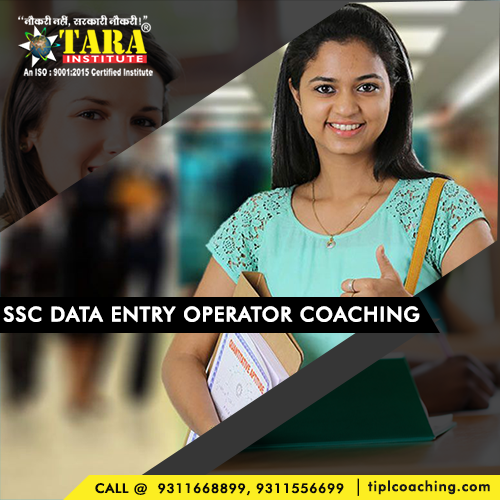 The written examination will consist of one objective type paper as shown below:

NOTE: The Paper will consist of Objective Type- Multiple choice questions only. The questions will be set both in English & Hindi for Part-I, III & IV.
The Commission may also at its discretion, fix qualifying marks in each component of the written examination.

The "Data Entry Speed" Skill Test would be of qualifying nature. Candidates allowed to take this test, will have to qualify the test at the prescribed speed on Computer, to be provided by the Commission or the agency authorized by the Commission to conduct such skill test at the Centre/venue so notified. Only those candidates who qualify in the written part of examination and secure at least minimum qualifying marks as may be fixed by the Commission in their discretion, will be eligible to take the Skill Test. Only such candidates who qualify in the Skill Test at a speed of not less than 8000 key depressions per hour will be eligible for being recommended for appointment as per their position in the merit list. None of the candidates including PH candidates who qualify in the written part of the examination will be exempted from the Skill Test as passing of the skill test is a precondition and one of the essential qualifications for appointment to the post of Data Entry Operator.

Typing Test will be conducted for those candidates who qualify in the Written Examination. Such Typing Test will be conducted in English or Hindi and candidates while applying for the Examination, will have to indicate his/her choice/option for Skill Test Medium in the Application Form. The choice of language in the application will be final and no change will be allowed.

Typing Test will be administered on the Computer, to be provided by the Commission or any agency authorized by the Commission will be of qualifying in nature. Candidates opting for English medium should have typing speed of 35 words per minute and those opting for Hindi medium should have typing speed of 30 words per minute. The speed will be adjudged on the accuracy of typing on the Computer of a given text passage in 10 minutes. Visually Handicapped candidates (with 40% disability and above) will be allowed 30 minutes. Passage Dictators will be provided to each of VH candidates for the Typewriting test. The Passage Dictators will read out the passage to the VH candidates within the allotted time period.

Questions are designed to test the candidate's general awareness of the environment around him and its application to society. Questions are also designed to test knowledge of current events and of such matters of everyday observation and experience in their scientific aspect as may be expected of an educated person. The test will also include questions relating to India and its neighbouring countries especially pertaining to History, Culture Geography, Economic Scene, General policy and scientific research.
Copyright © 2020 tiplcoaching.com - All Rights Reserved