Eligibility Criteria for appearing in NDA Exams as per the guideline given by UPSC.

Candidates who are pursuing/appearing in the 12th Class under 10+2 Pattern. 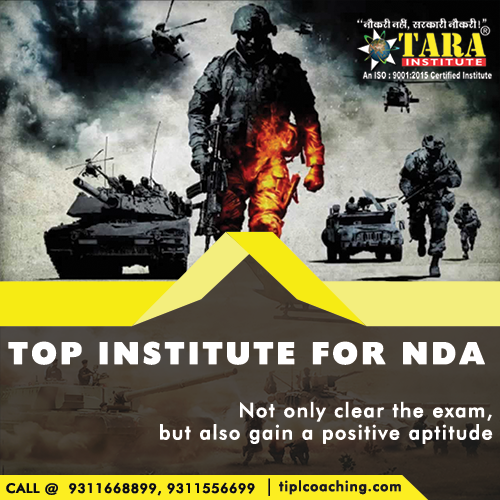 The NDA or the National Defence Academy is one of the very reputed institutes of our country India. There are a number of the top coaching institutes for NDA Coaching in Kolkata but there is no comparison with TIPL Coaching which offers impeccable training to students from different backgrounds.

We at NDA Coaching in Kolkata help our students and guide them into the right direction and keep them motivated always. There are many coaching for NDA but TIPL Coaching institute for NDA exam in Asansol is in the top 10 institute in all the terms.

Our classes of NDA in Bardhaman also give the NDA coaching and prepare students for the forthcoming difficulties and challenges in the exam.

Classes for the crash course at our institute for NDA exam in Asansol are also open for the students for those who cannot join their regular course. The personal guidance is available for our average students.

Interested students can also join our regular classes for IBPS clerk exam in Bardhaman city. Most of our coaching centers offer remarkable training to our students who aspire to enroll in Army, Navy, and Air Force.

One of our highly demanding learning institutes is the institute of NDA in Durgapur region. Its entire focus is for the betterment of the students and helping them to clear the examination in the first attempt itself.

The NDA exam is quite challenging and complex. It requires proper online test series, and offline test series to completely understand what kind of questions are expected to come in the exams and also how far the students have to gather the knowledge of particular subject. It requires consistent effort by the students, practice, commitment, and high level of intelligence to pass through the exam.

We at our coaching institutes have our own study materials which gives a complete and thorough knowledge of the subjects that students are required to cover for the exam they are appearing for. Out teachers at our institute of NDA in Durgapur follow the unique teaching method by making the students learn the type of question that might come in the NDA exams.

Out TIPL Coaching Institute is one of the best coaching centers for NDA in India. We focus on the exam based coaching and preparations that can help students excel in the exams with our distinctive ways of teaching and our unmatched study materials.

There are many other tuition centers also that have popped up in many places in Kolkata but the TIPL Coaching centre remains one of the leading among them.

When you are going for the NDA choose the best centre for your NDA coaching in Kolkata popular as TIPL Coaching.